Use Unit Tests to test the smallest pieces of your code - units.

What Is Unit Testing

Unit testing is a way to test units - the smallest components of your software, the smallest piece of code. A unit can be a single function. The goal is to validate that each unit performs as it should. A unit test tests a behavior in isolation to other tests. If the test relies on an external system, it is not a Unit Test. Unit Tests should be written during the design phase, prior to implementation to prevent defects from being deployed to production. They should be run every time the code is changed and provide a clear description of the feature being tested.

Unit Testing can be done manually but it is usually automated. In terms of automated tests, there is a concept called the test pyramid that shows how to efficiently balance the automated tests. 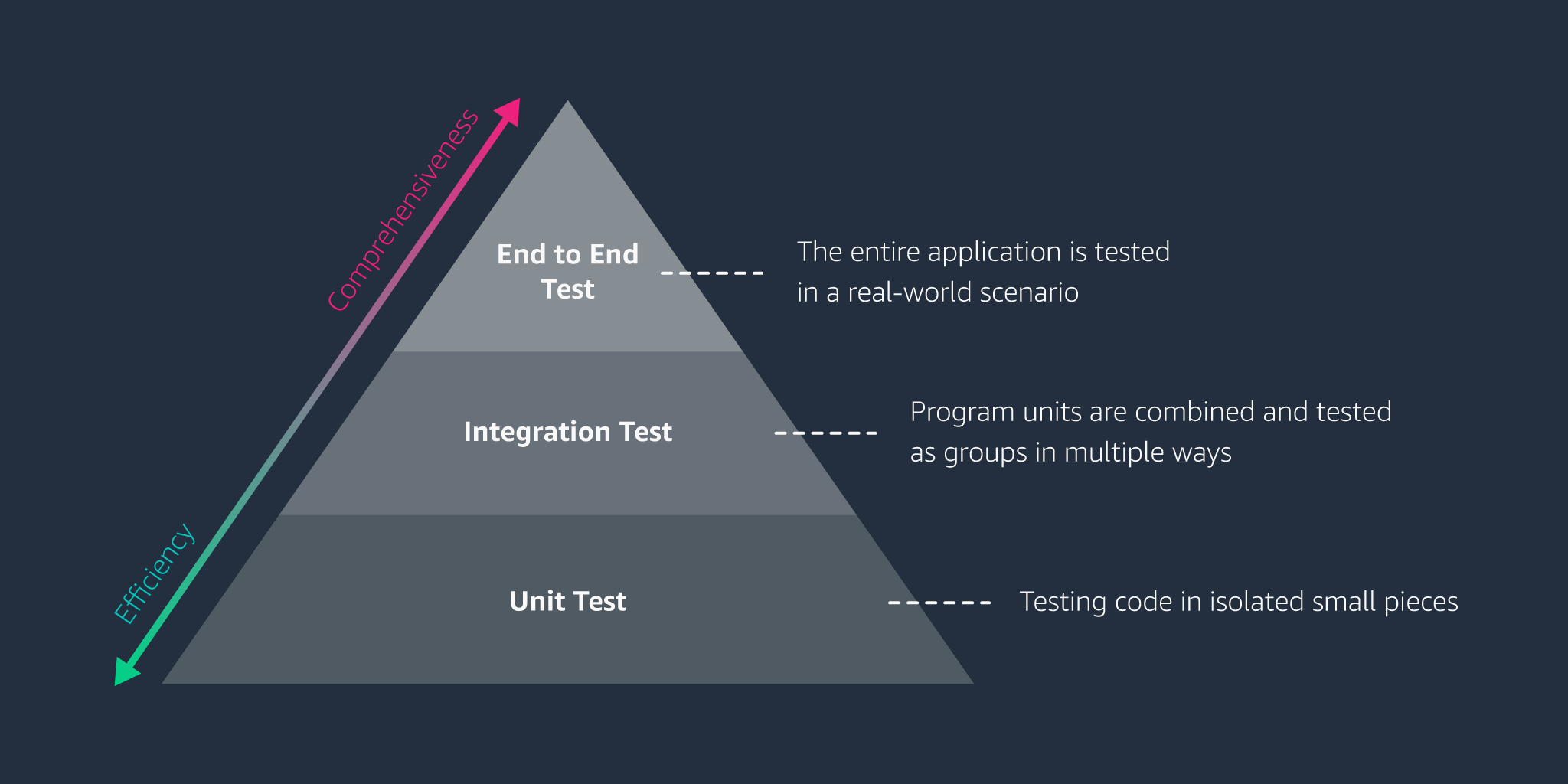 The pyramid shows you that the more high-level you get, the fewer tests you should perform. Write a lot of small and fast Unit Tests, some integration tests and just a few high-level tests. To maintain this balance, use continuous delivery - a practice where you automatically ensure your product is ready to be released into production.

Unit Testing helps you with:

How to Implement the Unit Testing

Common Pitfalls of the Unit Testing

Resources for the Unit Testing

Find out how we can help you