Get feedback on your product by creating a Clickable Prototype! Read how to create an efficient one.

What Is a Clickable Prototype?

Prototypes are often made in the cheapest way and usually at a lower level of detail than a final product. 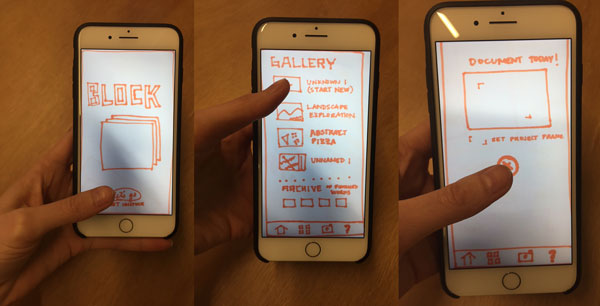 A Clickable Prototype is used as a presentation of the future product to gather more accurate feedback (typically via UX tests) from:

Software development which using prototyping can be faster and more cost-effective than programming, minimizing wasted effort on unwanted functionality.

How to Implement the Clickable Prototype

It is recommended to start with a simple wireframe (pen + paper). Your head thinks only about the prototype and not about the tool. If your paper Clickable Prototype is not sufficient for the purpose, continue with advanced prototyping.

Keep particular versions of the prototype, because you might want to come back to an initial idea during the project. It is possible to reuse some components among projects (for example, a menu bar across a corporate internet banking system).

There are a lot of prototyping tools on the market, such as Axure, Sketch, Balsamiq, Proto.io or Justinmind.

It is possible to create a great prototype with PowerPoint or Keynote. A prototyper is usually a UX designer and does not necessarily have developer skills.

Resources for the Clickable Prototype

A Design Sprint is a framework that reduces the risks associated with product development. It is an intense process done by a small team in just 3 - 5 days.

Wireframing is a visual tool to create a scheme of the user interface (UI) without focusing on graphic design. It helps to get a better picture of the elements that will be programmed.

The Minimum Viable Product (MVP) is a scope of a product with the smallest possible functionality which is able to provide meaningful feedback from users.