Dockerizing is the process of packing, deploying, and running applications using Docker containers. Find out more about this cool new tool!

What Is a Dockerizing

Dockerizing is the process of packing, deploying, and running applications using Docker containers. Docker is an open source tool that ships your application with all the necessary functionalities as one package. You can use Docker to pack your application with everything you need to run the application (such as libraries) and ship it as one package - a container. Containers are created from images that specify their precise contents. Dockerizing is a big hit nowadays. All the big names use it - Google, VMware, or Amazon support it.

There are two parts of Docker:

The Docker container allows another user to quickly recreate the computer environment. The container provides operating virtualization by abstracting the “user space”. This technology ensures that your colleagues are developing or testing the product using the same environment as you which results in fewer errors.

The Docker container technology was launched in 2013 by a startup Docker, Inc based in San Francisco, California. Docker, Inc became a “unicorn” company after a $95 million fundraising round in April 2015 (unicorn companies are privately held startups valued at over $1 billion). 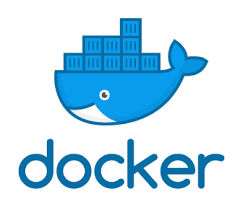 How to Implement the Dockerizing

Choose an image based on the used technology, such as:

Common Pitfalls of the Dockerizing

Resources for the Dockerizing