Transferring projects from one team to another is often seen as a mammoth task. It requires a complete transfer of roles and responsibilities. However, following set protocols, having strong communication and reciprocated motivation makes this whole process a lot smoother. 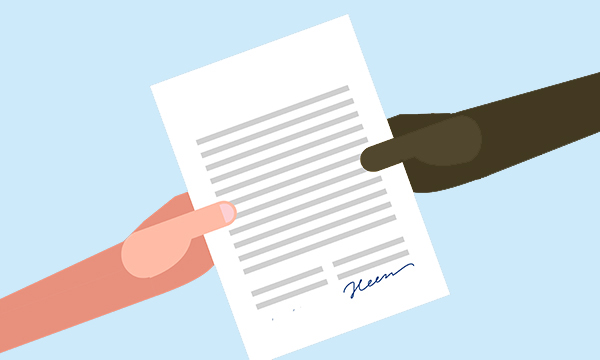 What Is a Handover?

A handover is a process of transferring the roles and responsibilities of a project from one team/individual to another. Typically, this transfer takes place over the duration of a couple of months, in order to ensure that the receiving team/individual has fully grasped the working of the project, and their roles corresponding to the same.

What Is Handover Documentation?

Handover documentation refers to the resources, notes and documents compiled or passed-on by staff members/teams who are about to leave thier current position (either temporarily or permanently). They are 'handed over' to the team/individual that will be succeeding them, in order to help them carry out their newly acquired duties with ease.

A typical handover spans across a couple of months, where the team/individual from the current team is in close communication with the individual/team onboarding onto the project. Having a knowledge transfer stratergy in place is one of the most effective ways of carrying out this transition.

In a broad sense, the handover procedure involves the following steps:

It is essential to conduct the handover correctly to ensure that the ongoing functionalities of the product continue to work seemlessly, as well as any further developments to it can be done without any major hiccups.

The transfer of the roles and responsibilities should go unnoticed to the end-users when they are interacting with the product, in such a way that the product is abstracted from its immediate product developers.

The better the handover, the easier it is for the succeeding team or individual to understand the project. This in turn, will affect their performance when it comes to developing and providing support for that project.

A detailed, thorough handover will ensure the following:

How To Implement The Handover?

The key to implementing a successful handover is to have a strong handover stratergy in place prior to the event of the handover, such that it allows for maximum transfer of information in a smooth and systematic way.

Before initiating the handover process, the current team managing the project must have a clear vision about the end goal of this transition. That is, it is in the best interests of both teams to identify the key outcomes of this process.

For example: At the end of the subsequent handover, the team/individual should be hands-on with the project. They should be able to work on XYZ functionalities, answer any questions raised by the stakeholders and know the finer workings of the project from both a technical as well as business standpoint.

A typical handover stratergy would cover the following aspects:

Common Pitfalls of Any Handover

There are a number of reasons why a handover may be poorly delivered. Such as:

A poorly conducted handover may have the following ill-effects in the long run:

Resources for Handover and Knowledge Transfer

Tech Writing is the practice of documenting software, hardware, or process to make the work easier. As Tech Writer, you manage knowledge and information.

A README is a text file that contains important information about the product. It is the first thing the user sees in the directory of the product. It helps the user to understand what does the product do and how to use it.

Every product should be covered by a license. It is your creative work, you own it and you should decide what other people can or cannot do with it.